Our Culture of Lying 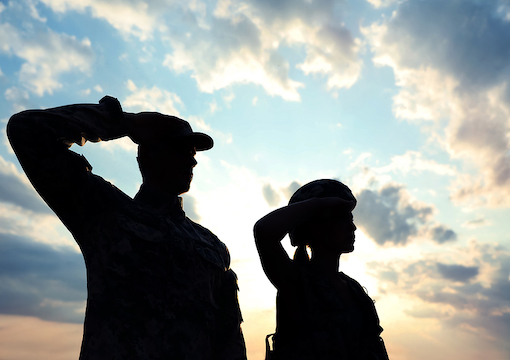 “There is a great deal of a ruin in a nation,” replied Adam Smith to a friend who lamented that General Burgoyne’s defeat by the American rebels at 1777’s Battle of Saratoga had ruined Great Britain.

And the United States in the 21st century has seemed exceptionally impervious (so far) to being ruined by its multitrillion-dollar mistakes such as the invasion of Iraq, the Bush administration’s push for increased minority homeownership, the various Covid botches, and the racial reckoning.

On the other hand, a decisive military defeat galvanizes the attention in a way that more subtle fiascos do not, such as how it took fifteen years for social scientists to even notice that the turn-of-the-century promotion of synthetic opioids as the cure for what ails the working class was lowering their life expectancy.

So, what lessons should we have learned from the Afghanistan micro-debacle of recent days and the macro-debacle of the past nineteen years?

The causes of the latest failures are not fully clear yet, in part because we don’t know what exactly will still happen. For instance, there are several thousand American citizens in Afghanistan right now. It’s possible that the Taliban, who have so far been trying to behave like a more mature, prudent organization than the puerile extremists who ran Afghanistan two decades ago, will oversee an organized evacuation that brings them credit in the eyes of the world.

Yet, it’s also possible that a hotheaded faction among the victors might carry out reprisals, rather like how in neighboring Iran in 1979, student radicals organized the taking of the U.S. Embassy staff hostage without first informing the Ayatollah Khomeini, who, upon seeing how popular it was, then endorsed it.

Unwritten is the future…or at least the one day between when I write my column and when you read it.

The present is much written about, but the various Rough Drafts of History aren’t terribly satisfying yet. For example, why the humiliating suddenness of defeat, when the Biden administration had assumed there would be a decent interval in which the American political world might forget about Afghanistan before the Taliban took Kabul?

Of course, the basic reasons for the collaborationist forces collapsing, gradually and then suddenly, are clear, even if who specifically within the U.S. government deserves the most blame for not anticipating them remains to be seen.

Like the Wolverines in Red Dawn, the Taliban live there. Afghanistan might not be much, but it’s all they’ve got. Granted, Afghanistan is a crummy country with a comically awful culture. The revolution in ways of thinking that swept the West beginning in the 1200s has yet to arrive in much of Afghanistan.

But, for some people, it’s home.

“To climb the career ladder in modern America, you are expected to lie: about race, about crime, about men in dresses.”

In contrast, the Americans were always the invaders. Sure, the Taliban were criminally negligent accessories to 9/11 by hosting Osama bin Laden (although no evidence has since emerged that they knew of this specific enormity ahead of time). So, the U.S. had every right to engage in a butcher-and-bolt punitive expedition to overthrow the Kabul regime, which we succeeded in doing in a couple of months.

But then we hung around for twenty years trying to make ourselves popular. Of course, in a country teeming with young men (Afghanistan has the highest birth rate outside of sub-Saharan Africa), being an outsider roaring around on their home turf in our Mine-Resistant Ambush Protected (MRAP) vehicles is no way to make us loved. So, among the youth of the dominant Pashtun tribe, the Taliban tended to recruit the patriots while we wound up with the parasites.

The Afghan Papers that The Washington Post extracted from the government, after a protracted Freedom of Information Act legal battle, offer much of interest about the quality of the henchmen we attracted:

An unnamed Norwegian official told interviewers that he estimated 30 percent of Afghan police recruits deserted with their government-issued weapons so they could “set up their own private checkpoints” and extort payments from travelers….

Victor Glaviano, who worked with the Afghan army as a U.S. combat adviser from 2007 to 2008, called the soldiers “stealing fools” who habitually looted equipment supplied by the Pentagon.

Okay, but why didn’t self-interested Afghans at least want to be on our side in the long run? Because the Afghans knew we always had our own, much nicer country that we will eventually go home to, leaving them to the Taliban. As a rebel commander told an American in 2006, “You have all the clocks, but we have all the time.”

But in the meantime, the U.S. could hire collaborators to pretend to fight for whatever the Americans were in favor of at the moment—democracy, globalism, women going unmasked, everybody going masked, gay rights, black lives matter, you name it, somebody in Afghanistan would figure out an angle on how to skim off the budget for it. For twenty years, the leading economic activity in Afghanistan has been stuff falling off the back of American supply trucks.

But ultimately, some American president would grow sick of shoveling money into the maws of incredibly corrupt collaborators—like Captain Renault in Casablanca only much less charming—and bring our boys home. (And while Captain Renault was a man like any other man, only more so, around beautiful Bulgarian brides, America’s allies in Afghanistan tend to be into boy-molesting.)

That president turned out to be Joe Biden, who unleashed his inner Pat Buchanan in a startlingly lucid speech Monday denouncing our former allies in Afghanistan for not caring enough to fight:

Afghanistan political leaders gave up and fled the country. The Afghan military collapsed, sometimes without trying to fight…. American troops cannot and should not be fighting in a war and dying in a war that Afghan forces are not willing to fight for themselves…. And here’s what I believe to my core: It is wrong to order American troops to step up when Afghanistan’s own armed forces would not.

The game theory is simple enough: As the end grew nigh, Afghan elites, seeing their gravy train was almost through, became even more rapacious and stole almost all the pay of soldiers and policemen. Moreover, no poor dumb Afghan is dumb enough to want to be the last man killed fighting to make Biden’s exit strategy look more graceful, especially since they weren’t paying him anymore.

Still, the Biden administration could have managed to not botch things up quite so badly. In any sensible pullout plan, you would leave the fortified Bagram airfield last, not first. You shouldn’t have to depend on the good graces of the Taliban to get your people out of the (soon-to-be-renamed) Hamid Karzai civilian airport.

The political alliance between the White House and the media had led to a kibosh on questions about the administration’s competence. Yet, at best, Biden is a very old president who has focused, hopefully wisely, on strategy while wishing the tactics would take care of themselves.

It’s also possible that the ineptitude of the exit might stem in part from the deep state deciding to knife Biden in the back for shutting down their favorite route to career advancement.

The national security apparatus has been manipulating presidents over Afghanistan for a long time. Back in 2009, general Stanley McChrystal teamed up with Bob Woodward of the Post to cajole the greenhorn Obama into giving him 30,000 more troops. The generals likewise bullied Trump into not pulling out by hiding basic information from him.

Perhaps, then, after years of being praised for disobeying Trump, when Biden stayed stubborn on getting out, the deep state decided to let him fry by throwing a snit and refusing to draw up basic contingency plans.

Or, it could be that the military, which has grown ever more focused on pushing diversity and crushing internal dissent rather than winning wars, has simply become increasingly useless.

To climb the career ladder in modern America, you are expected to lie: about race, about crime, about men in dresses.

And if you are in the U.S. deep state, you have to lie about our Afghan allies. For example, general Mark Milley, now chairman of the Joint Chiefs of Staff and advocate of reading Ibram X. Kendi and Robin DiAngelo to understand “white rage,” announced in Kabul in 2013:

This army and this police force have been very, very effective in combat against the insurgents every single day.

Underlings figure out what the bosses don’t want to hear and then don’t tell them. Colonel Bob Crowley reported in the Afghan Papers:

Truth was rarely welcome…so bad news was often stifled. There was more freedom to share bad news if it was small—we’re running over kids with our MRAPs—because those things could be changed with policy directives. But when we tried to air larger strategic concerns about the willingness, capacity or corruption of the Afghan government, it was clear it wasn’t welcome and the boss wouldn’t like it.

Lying isn’t just bad for the soul, it’s bad for effectiveness at dealing with reality.

After 1991, we of course stopped winning wars. But now we can’t even avoid losing in spectacularly humiliating fashion.

If there’s anything we’ve learned about the deep state from this episode, it’s that it’s real…and it’s inept.