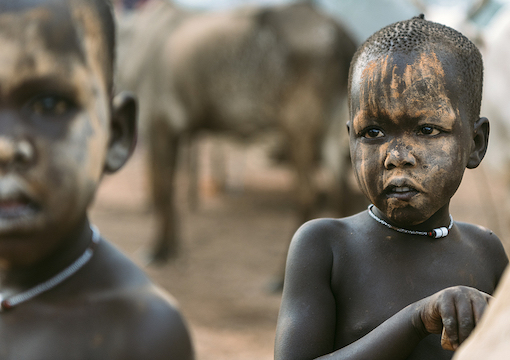 Gun murders are up 34.4 percent in the 365 days since George Floyd’s death.

That’s a lot of blood that our new state religion, the worship of the holy martyr George Floyd and his racial brethren, has on its hands.

Normally, murders are a rather stochastic phenomenon and thus are fairly stable from year to year. People kill other people for idiosyncratically personal reasons, so even major social trends like The Sixties can take years to raise murder rates. Thus, the calendar years with the biggest percentage increases in murders since 1960—1968 and 2015—saw rises of only about one-third as bad as the first year of the Age of Floyd.

Technical note: Murder statistics are never quite final because coma victims expire, presumed runaways are discovered in shallow graves, suicide notes are found, and the like. But whatever the ultimate numbers for the first 365 days of the Racial Reckoning will turn out to be, they reflect a massive increase in mayhem, the majority of it perpetrated by blacks. The latest FBI statistics report that blacks were 55.9 percent of the known murder offenders in 2019, and all the evidence suggests that the black fraction for the past twelve months, which will be released next September, will have been even more staggering.

Unsurprisingly, nobody in The Establishment is stepping forward to forthrightly apologize and admit that, yeah, the bad people (like, say, me) were right: America’s biggest criminal justice problem is not police brutality, it’s black brutality.

As Woke Stalin might say, the death of one George Floyd is a tragedy, but the deaths of thousands of subsequent incremental murder victims are a divisive white supremacist hatestat.

So, that’s what the first year of the Floyd Era was like: mayhem on the streets of black America.

What will the future of Floydism be?

It’s hard to predict because it’s so novel in human history for a culture to extol as its moral master race a group exalted for their ineptitude. Consider the strangeness of Americans worshipping George Floyd, an ugly brute who lived an ugly life of major and minor crime that brought him to an ugly end. Then, think about the other BLM martyrs.

“It’s reassuring to hypothesize that perhaps nobody who matters really takes Floydism seriously.”

When the Germans started worshipping themselves as the master race, it was alarming for the rest of the world because they were known to be competent enough that they just might conquer Europe from London to the Urals.

But now that the citizens of the world’s superpower are being raised to worship blackness as our ideal of beauty and merit, how is that supposed to work?

It’s reassuring to hypothesize that perhaps nobody who matters really takes Floydism—“Black is best and white is worst”—seriously. It’s just a vast practical joke with which to humiliate political enemies. As Taki Magazine columnist Theodore Dalrymple famously observed:

Perhaps the people who know how to run large organizations realize, deep down, despite all their press releases to the contrary, that there are not vast pools of untapped African-American talent out there ready to take over after a little training. American institutions have been hungry for adept blacks since the 1960s, with numerous diversity pushes having failed already.

Therefore, white elites presume that black frontmen will always need nonblack éminences grises behind the scenes. So, how bad could it get?

But maybe nobody actually has a Plan that they’ve carefully thought through. Recall that wealthy whites have bet tens of billions on the further gentrification of urban frontiers in places like Brooklyn, Washington, D.C., and Oakland. So far, the impact of the post-Floyd murder surge on property values in big-city neighborhoods that could tip either way has been masked by the pandemic disruption and the general housing bubble. But, a few gentrifying liberals like Matthew Yglesias and, lately, Ezra Klein have started to worry about rising crime.

Granted, the post-Floyd crime wave was all very foreseeable. I predicted “The End of Gentrification” three weeks into the 2020 Black Lives Matter riots. But few other pundits seemed to notice that encouraging blacks to feel both racially aggrieved and above the law wouldn’t be good for either black lives or white property values.

As reassuring as it is to imagine that when disasters befall America they must be the work of an all-knowing conspiratorial deep state out to get you, it seems more likely that there is no Inner Party. Nobody knows how things really work because, like the courtiers in The Emperor’s New Clothes, anybody who expresses doubts about Floydism is, as Hans Christian Andersen said, “unfit for his office.”

Instead, truths that you can’t say in public become ever harder to say in private, and, ultimately, even difficult to conceive of in your own mind.

Charles Murray is coming out of semi-retirement to publish a book next month, Facing Reality, to remind the reading public that the two most exhaustively documented findings of the American social sciences are that blacks are, on average, more violent and less intelligent.

But why does he have to? Why have we wound up with a culture where so many are oblivious to the obvious?

Moreover, every year, less influence in our society is in the hands of semi-well-informed family men like Yglesias and Klein. The younger generation has been marinated in doctrines of black moral, aesthetic, and sexual supremacy, and young women are persuasive at getting whatever the latest fad tells them to want.

How long can the black superiority vogue last?

Yet, to paraphrase John Maynard Keynes, “The culture can remain irrational longer than you can remain uncanceled.”

The one rational step that American elites could take to meet the demand that they’ve stoked for black leaders is to increase immigration from the educated elites of Africa, who tend to have less dysfunctional cultures than those of African-Americans. Sure, African-Africans have their weaknesses, such as Medicare fraud, but at least their upbringing didn’t convince them that the only manly response to a diss is to open fire in the disser’s general direction even if you might wing bystanders eating ribs and twerking in the background.

How importing the heirs of African slave sellers will benefit the descendants of American slaves is almost as mysterious as how brain-draining Africa of what talent it has will be good for the burgeoning masses of that continent. But that’s not the point; the point is that many Americans at present dream of being ruled by Obama-like blacks, of which America is in drastically short supply.

But American elites are constitutionally incapable of explaining the cynical but at least not wholly stupid reasoning behind their desires. Okay, I could imagine old Joe Biden saying, “Yeah, now that we’re expanding affirmative action, we need more Igbos because American blacks sure aren’t cutting it.” But if he did, CNN would only ever mention it when complaining that Fox News had broadcast Biden’s clip.

Instead, corporations are likely to promote importing Africans with three-digit IQs as a moral necessity owing to, oh, say, climate change, slavery, redlining, Emmett Till, or whatever.

But that would then heighten perhaps the single greatest threat to the Western world: that whites won’t find the moral backbone to keep out the booming billions of rapidly growing Africans. The 2019 United Nations Population Prospects forecasted that Sub-Saharan Africa will reach 3,775,000,000 people by 2100.

This migration process has already started in the U.S.: As of five years ago, almost one in ten blacks in America had been born abroad. Fortunately, most got in through old-fashioned selective legal immigration.

In upcoming years, opening the floodgates to excess Africans will be pitched to the public by Woke Capital as an economic necessity since whites aren’t reproducing fast enough to keep toilet paper sales growing.

Of course, the more non-elite Africans are allowed into the U.S., the more that white fertility will fall even further as family formation becomes ever more unaffordable due to the growing need to escape crime and bad schools. (It’s not a complete coincidence that the baby boom ended in the year of the 1964 Civil Rights Act, as white families were increasingly driven out of convenient neighborhoods.)

So, we are likely to be plunged into a vicious cycle in which African immigration drives down white reproduction, which is then taken as requiring importing more tens of millions of Africans.

The alternative is that American elites will have to learn to say out loud what sounds utterly unthinkable in the George Floyd Age: We don’t need or want more Africans; we have enough already.