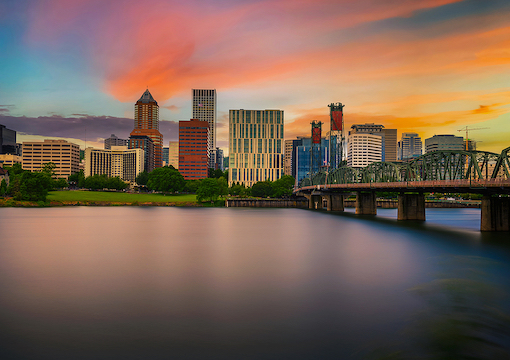 I’ve got some good news and some bad news about murder in 2022.

The good news: Urban homicides appear to have dropped in 2022 around 5 percent versus 2021.

The bad news: That marginal progress only gets us back to the brutal level of 2020, the first year of the ongoing “racial reckoning,” when homicides exploded by a record 30 percent over 2019.

Because I’m too impatient to wait around until the second half of 2023 for 2022’s official federal crime statistics to be released by the FBI and CDC, I just now created a convenience sample of 2022 homicide counts in 47 cities.

In the week between Christmas and New Year’s Day, when there’s no news other than celebrity obituaries, many local newspapers traditionally have a reporter call up the police department to get the scoop on how many homicides there were within the city limits this year, and to transcribe the police chief’s excuses or boasts for why the number of killings went up or down.

My quick study is not a random or necessarily representative sample—I’m just taking whichever cities for which I can find information. And many of the counts aren’t totally complete: I’m typically missing the last week of the year, or about 2 percent of 2022’s days.

But I’ve been doing this for several years now (for example, here’s my column from Jan. 5, 2022), and it has worked quite well at anticipating the CDC and FBI stats each time.

In the 47 cities, there were 38 percent more homicides in 2022 than in pre–George Floyd 2019. Of the 47 municipalities, 42 had more homicides in 2022. (By the way, murders are a subset of homicides—for example, justifiable self-defense homicides aren’t murders—but the two categories trend closely together and I use the terms as nearly synonyms.)

The worst percentage increase was in the former whitetopia of Portland, Oregon, the site of countless Mostly Peaceful Protests in 2020, which has seen homicides grow 167 percent from 36 to 96. Other cities that were wracked by Black Lives Matter riots in 2020 include Milwaukee (killings up 121 percent following the Jacob Blake riots in nearby Kenosha), Louisville (80 percent, Breonna Taylor), Seattle (71 percent, CHAZ), Minneapolis (67 percent, George Floyd himself,), and Atlanta (64 percent, Rayshard Brooks):

Two of the five cities that have seen tiny declines in homicides during the Floyd Effect since 2019—Baltimore and Charlotte—had their murder rates driven up earlier by Black Lives Matter riots during the more localized Ferguson Effect of the first BLM Era.

In other findings, New Orleans is falling apart again, with homicides up 131 percent to a rate of 71 per 100,000, second worst out of the 47 to only increasingly postapocalyptic Jackson, Mississippi (77 per 100k).

In general, the middle of the country, the Mississippi watershed and the Great Lakes, whether north or south, red state or blue state, is in bad shape these days.

Why? Perhaps it’s because the country used to rely more on water transit for heavy industry, so Rust Belt cities tend to be located on waterways. As industrial jobs have been outsourced, the more enterprising residents have left for jobs in more modern economies like that of air and land transport-oriented Dallas (homicides down 5 percent to a not-too-bad rate of 14 per 100k), leaving behind the unemployable to amuse themselves by shooting each other.

If this selection effect theory is correct, then high homicide rates in Rust Belt cities are less due to poverty per se than to the kind of people who aren’t looking for jobs coming to dominate numerically as the harder-working leave to find work. If you are not interested in earning visible means of support, then why not stay in your low-rent hometown?

If accurate, this helps explain the conundrum of why decaying cities have higher homicide rates but there also isn’t much correlation between trends in the overall state of the national economy and murder trends.

It’s widely assumed that killings are due to poverty as men murder to steal food for their families. But in modern America, homicides often go up in economic good times like the 1960s or the late 1980s and fall in bad times, such as during the Great Recession. In this century, for instance, homicides have become fairly closely correlated with traffic fatalities: Both are what I call “deaths of exuberance.”

Murders and especially mass shootings tend to be concentrated at African American social events because the more cash in the hands of the black underclass, such as during the crack years and during the Covid stimulus, the more partying. And thus the more likely one knucklehead is to get dissed by another knucklehead.

If the knucklehead of the first part has his illegal handgun tucked in his waistband or in his glove compartment because he’s no longer scared of the police due to George Floyd, he’s more likely to start blazing away than if he has to go home to get his gun and has a chance to think it over.

Point of Use gun control can be pretty effective, as the NYPD proved during the Bloomberg years by terrifying bad guys into leaving their illegal guns at home for fear of being stopped and frisked, which changed the criminal culture to not carrying. This led to a remarkable drop in killings in New York to levels not seen since the 1950s.

In contrast, while New York City has seen its homicides rise 31 percent over the past three years, it’s crucial to remember that the Big Apple had become remarkably safer over the previous three decades before George Floyd. Its homicide rate is still only 5; the only city on my list with a lower 2022 figure is the heavily Asian Silicon Valley technopolis of San Jose, California. There is much the rest of the country can learn from New York about how to fight crime.

Other data sources tell much the same story as my survey. AH Datalytics tracks 93 cities (with varying degrees of up-to-datedness), and reports that homicides are down in 2022 by 5 percent compared with year-to-date in 2021.

It’s important to keep in mind that, contrary to stereotype, the vast majority of mass shootings take place at black social events. As Sailer’s Law of Mass Shootings points out, most black-on-black mass shootings leave more wounded than dead because the shooter or (often) shooters won’t stick around to finish off the wounded. Why not? First, a lot of the injured weren’t targeted, they were just partygoers standing around eating chicken, and second, the shooters intend to escape to shoot another day.

Black mass shootings are very rarely suicidal in intent, as they often are with the endlessly recounted nonblack mass shootings like Columbine and Uvalde. Instead, they are better conceptualized as a manifestation of exuberance, which apparently peaked during the current racial reckoning.

The mainstream media, which worked so hard to discourage rule of law among blacks following George Floyd, almost universally attempts to cover up its complicity in these extra killings by asserting without evidence that the huge increase in crime was due to “the pandemic.” But the American murder surge was not paralleled in other countries.

If Covid had much of anything to do with the huge plateau of killings, it was probably the stimulus that helped subsidize partying (and bad driving).

Grasping the increase in black high spirits since George Floyd’s expiration helps explain the conundrum of black women’s murders skyrocketing without nobody seeing nothing. Zusha Elinson and Dan Frosch of The Wall Street Journal write:

Some 2,077 Black women and girls were killed in 2021, a 51% increase over 2019 and the largest jump of any racial or gender group during that period, according to the Centers for Disease Control and Prevention…. Meanwhile, the number of unsolved homicides of Black women and girls rose by 89% in 2020 and 2021 compared with 2018 and 2019, according to a survey of 21 U.S. cities by ‘The Wall Street Journal’…. The numbers are confounding to law enforcement, criminologists and community groups, who said they have yet to gain a complete understanding of the disparities.

Well, I’m here to de-confound the experts. The WSJ stumbles pretty close to the answer, but doesn’t quite have the conceptual framework to drive it home:

One factor, according to some in law enforcement: a shift in the types of homicide cases in which Black women and girls were victims. Police have typically solved more homicides of women than men. Killings of women often involve husbands, boyfriends or ex-partners, who are quickly identified….

Amid a quarter-century high in gun violence during the pandemic, more Black women and girls were caught in the crossfire of drive-by shootings and other attacks where they weren’t always the intended targets, police said.

In other words, these incremental murders of black women mostly weren’t, as you might expect, easily solved cases of domestic violence behind closed doors during the claustrophobic lockdown. Instead, they were largely female bystanders at black social gatherings getting shot by accident when one idiot pulled a gun on some other idiot who angered him, and then the dozens of witnesses clammed up.

These cases are often more difficult to solve.

Because snitches get stitches.

We are supposed to believe that blacks became tragically depressed in 2020 due to Covid and George Floyd. The truth, however, appears to be that black people partied like crazy during the pandemic after they were told it was okay to stop social distancing as long as they were sufficiently angry about George Floyd. But this insight remains something that respectable thinkers still can’t really begin to grasp, even though it helps explain so much about this decade’s appalling data.