Charles A. Coulombe was born to theatrical parents on the Upper East Side of Manhattan on the day JFK was elected. Settling with his family in Hollywood in the house of Criswell, the once-famous TV psychic, Coulombe was exposed to the weird at an early age. His father's varying financial fortunes gave him an odd mix of public and Catholic education, and his colleges were New Mexico Military Institute and Cal State Northridge. After several jobs and a few years as a standup comic, he settled into a life of crime as a freelance writer. Coulombe is the author of eleven books and numerous articles on a wide variety of historical, religious, political, cinematic, literary, and supernatural topics. His ten nephews and nieces and innumerable cousins and godchildren keep him in touch with pop culture, while his favorite clubs, bars, and restaurants continue to provide the comfort of the past. Coulombe believes in Catholicism, Monarchy, and little else --- though he begins to think the Aliens will make contact before the budget is balanced.

The California that gave us the film industry was far from a blank slate. In addition to t...

In February, fresh from the great victory at Oxford, I went to a dinner party in London. A... 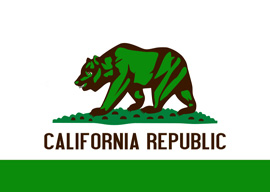 A few years ago, I brought a young visitor of mine from the East to Moonshadows, the Malib...

On a recent trip to New York, I did something radically different from my usual forays bac... 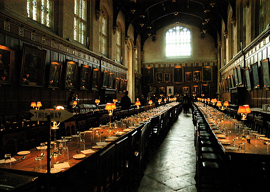 "This House would abolish the monarchy" was the resolution to be debated at the Ox... 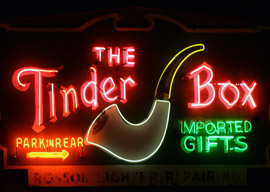 I love tobacco. I have been a pipe and cigar smoker since my 16th birthday. (My father had...

The Old Paleos and the New

In politics, words are often elusive things. Definitions change from speaker to speaker an...

By His Enemies You Shall Know Him

Last month marked the fourth anniversary of what must be seen as the most exciting event i...

Hats Off to Arlen!

Hats off to Larry, he broke your heart Just like you broke mine when you said we must part...

Fear and longing for the 1970s. Most of us, I suspect, are rather nervous these days. On...

Plight of the Emos

Where Everybody Knows Your Name

It has never ceased to amaze me that, as our stalwart editor commented to me, "it reve...

The War on the High Life

The Damn Boomers Are Ruining All the Fun! In the midst of all the bad news"political...

In Praise of the Writer’s Strike

As all the world knows, the Writers" Guild of America is on strike against the studios...

Is America an empire? Are empires always evil? Are Americans suited to the job of creating a empire–evil or otherwise? First, it’s essential to examine the notion of Empire itself, beginning with the first in the West–the Persian….

Learning to Love the French

The neocon-led Frenzy of hatred against the French has deep roots in the worst, most profoundly leftist aspects of American culture. Here’s one Franco-American who’d like to yank those roots….

As we watch Gordon Brown prepare to follow Tony Blair’s path into the sands of Levantine catastrophe, I am led to reflect on Blair’s lasting legacy for Britain. To be sure, there is much rich material to choose from. Memories of his early years in office flood the mind”his demented smile, for instance, which never failed to remind one of a chipmunk caught in the headlights. Who can forget Tony’s Millennium high-jinx, and his boogying to the Rolling Stones at the Queen’s Golden Jubilee? But perhaps the most important wind of change visited by the ever-imaginative Tony upon his hapless subjects was the final gutting of the House of Lords.

One night in 1962, on the Tonight Show, Criswell had declared that “I predict that President Kennedy will not run for reelection in 1964, because of something that will happen to him in November 1963″”a prediction many others of the ESP fraternity discovered that they had made only after the event. Moreover, on December 31, 1965, Criswell predicted that Ronald Reagan would be California’s next governor. Some of his predictions”unattached to a particular date”have certainly come true: homosexuality has indeed been legalized by the Supreme Court, and clothes have become very unisex. But many others might be considered wildly inaccurate”for instance, that Mae West would be elected president in 1960; that pregnant women would be the first Americans on the Moon; that London would be destroyed by a meteor in 1988.

It would be unkind, unfair, and possibly untrue to infer that the warmth of Cardinal Mahony toward his paladin Rupert Murdoch is based purely upon filthy lucre. In truth, there are many similarities in character between the duo, which doubtless helped build cordiality between them. Above all, there are their protean ideals. One would be hard put to say just what either of them really holds about anything.

As Walker Percy, Margaret Mitchell and Flannery O”Connor perceived, in the current struggle between the “Modernity” foisted on us by our elites and those who hold to the traditions they brought to this country–religious and cultural–Protestant Southerners and Catholic Midwesterners and Yankees are natural allies. Both sides must realize this.

Could the Latin Mass Save Western Civilization?

The health of the Catholic Church was and is integral to the health of the West. If our civilization is to withstand its current slate of internal and external foes — throughout Europe and the Diaspora — it must regain its hold on the things that first enkindled its spirit. Restoration of liturgical sanity and unity within the Catholic Church will inevitably have a beneficial “trickle-down” effect far beyond the Church’s borders. Those who prize the health of the West must welcome Benedict XVI’s action, regardless of their own creed. Of course, this is only one part of the new Pope’s apparent program — all of which, however, tend to the same ends. His ongoing efforts at the formation of an Anglican Rite within the Catholic Church bode well for members of that Communion who are disgusted with their hierarchies” headlong retreat from Christian orthodoxy and morality. The Pope’s initiatives to shore up the beleaguered Patriarchate of Constantinople show an authentic desire to move past the hatreds and bitternesses of the past that have so long sundered East and West. Recent moves to discipline erring theologians and free the Catholics of China are very hopeful signs that the long slumber of the post-Vatican II era is over.

On June 23 2005, in deciding Kelo v. City of New London, the majority ruled that governments may seize property from private citizens if they have found a new owner who will pay them more in taxes on the land than the current owners. Although their Honours did generously permit State and local governments to forbid the practice if they chose, the fact is that this judgment represents an enormous revolution in the relationship between the individual and his government, or, as we might more properly say now, the government and its subjects. What this means is that–save in those jurisdictions that still pay some attention to those who pay their bills and salaries–the landowner merely occupies his property in trust for the government, until such time as the real owners find a more lucrative tenant. Something to think about, indeed, on Independence Day.

It was in New England that the American Revolution began, as any trekker along Boston’s Freedom Trail knows; here too started much of our national culture: From New England Nathaniel Hawthorne, Ralph Waldo Emerson, Henry David Thoreau, Henry Wadsworth Longfellow, and James Russell Lowell launched American literature. The uniquely strange nature of New England’s topography and folklore gave us H.P. Lovecraft and Stephen King; perhaps only less frighteningly, the presence of half of the Ivy League Colleges and the boarding schools known collectively as “St. Grottlesex” (after St. Paul’s, Groton, and Middlesex, but including several others) have laid a heavy mark upon higher education.